#ecotourism #odisha Odisha is pursuing ecotourism in a big way. The state has plans to invest Rs 100 crore to develop the ecotourism spots. One of these is the Koraput valley and its rural landscape where tourists can enjoy the hospitality and company of tribals - for such people, Desia is the destination.
This has been reported in telegraphindia.com dated 4 February 2016. 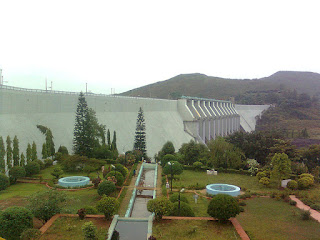 An ecotourism facility, developed at Lamtaput in the district is the place that aims to empower the local tribal community who can offer an insight into the ethnic lifestyle to the visitors. This site was developed in November 2014 and has already hosted over 100 people - many of them are foreigners from France, Spain and USA.
The food here is served on tree leaves, and on the platter, there are tribal delicacies such as ragi gruel better known as mandia jau and baunsa kadi sabji (bamboo shoots curry).
A team of 10 people from the local Paraja tribe are involved in managing the site, and the entire profit earned from the project is distributed among the people. The basic idea is to promote "responsible tourism" to respect the environment and its cultures.
There are two cottages with modern amenities and designed by artists of Shantiniketan who have taken help of the local tribal people.
Such ecotourism sites are gradually becoming popular among foreign travelers and, apart from private players, the state government is also showing interest in developing the ecotourism sites. It has started a centralized online system for booking of accommodation and has taken a decision to develop basic amenities such as accommodation facilities in and around 60 ecotourism sites across the state.
The focus of Odisha this year is to develop ecotourism.