Indians take very little fruits and vegetables as per WHO norms

India is one of the highest fruit and vegetable producing countries, but, unfortunately, Indians appear to have a dislike for these wonders of nature. The intake of these horticultural produces is terribly low. The figures reveal the true picture - in spite of the fact that India is a largely vegetarian country, fruits and vegetables account for only 9% of the total calorie intake. This could be because of the dietary choice of individuals which is skewed towards cereals.
This has been reported in timesofindia.indiatimes.com dated 5 February 2016. 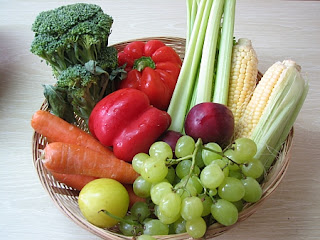 Incidentally, people from cities in South India consume more fruits and vegetables when compared to those in the north. These findings are a part of the India's Phytonutrient Report brought out by the Delhi-based think-tank Indian Council for Research on International Economic Relations (ICRIER).
The findings are based on a survey done across five cities — National Capital Region (Delhi, Gurgaon and Noida), Mumbai, Chennai, Hyderabad and Kolkata. The study covered 1,001 individuals drawn from upper and middle income groups. The findings show Chennai on top of the list with the highest number of servings of fruits and vegetables, while Kolkata is at the bottom of the list.
A probable explanation for this could be that there are more number of vegetarians and relatively higher income people in Chennai and Hyderabad which could be a reason for high levels of intake of fruits and vegetables.
As per recommendations of WHO, a daily intake of at least 400 grams (or five daily servings with an average size of 80 grams) of fruits and vegetables, excluding potatoes, cassava and other starchy tubers are necessary to "prevent diet-related chronic diseases and micro-nutrient deficiencies". Unfortunately, Indians consume quite less than WHO norms.