Brazil declares war on mosquitoes that carry the Zika virus

#brazil #ZikaVirus #microcephaly #Aedesaegypti Brazil has declared war on mosquitoes that carry the Zika virus. Brazilian President Dilma Rousseff has, in a recorded TV message to the nation, indicated that a war is on to fight on mosquitoes that are responsible for spreading the Zika virus. She has drawn up a plan to hold a national mobilization day when thousands of soldiers and state employees would work to eradicate the insects in homes and offices because these deadly mosquitoes generally breed in or near people's homes.
This has been reported in bbc.com dated 4 February 2016. 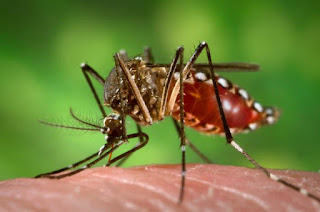 Zika has been linked to babies being born with underdeveloped brains or microcephaly. It is spreading through the Americas and the World Health Organization (WHO) has declared the disease, linked to the virus, a global public health emergency.
In her speech, the Brazilian President has revealed that a large amount of federal resources were being released to fight Aedes aegypti mosquitoes, since it was a fight that "cannot be lost". She wants everyone to join the battle. Till such time science develops a vaccine against the Zika virus, the only efficient method in hand is to engage in a vigorous battle against the mosquito.
The Aedes mosquitoes become active during the spring and summer months.
Incidentally, UN and US health officials have accused Brazil of not sharing enough samples and data to determine whether the virus is responsible for the increase in the number of babies born with abnormally small heads. The lack of information is leading to problems to provide diagnostic tests, drugs and vaccines. The laboratories in the US and Europe want to study samples from previous outbreaks so that effective research can be carried out on the evolution of the virus.