#Mehsana #Beggar This is the true story of a 68-year-old beggar of Mehsana who has a heart of gold - this year he has gifted 10 slum children with a pair of gold earrings each. It has been his practice to gift the poor children every year with something or the other. He has been doing it for three years now and, earlier he had gifted them school books or school uniforms.
This has been reported in timesofindia.indiatimes.com dated 3 February 2016. 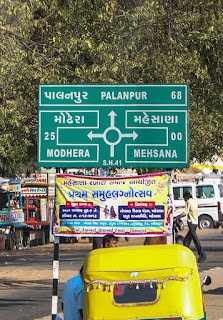 This Good Samaritan has gifted the earrings to 10 children selected by the Magpara School's anganwadi. He loves to donate alms to encourage girls' education. The earrings he gave to the girls had been purchased from the alms he collected begging in the temples of Mehsana.
Once he had expressed his desire to gift the girls gold earrings, the authorities of the anganwadi chose 10 girls who came from extremely poor families. These girls were children of daily wage laborers and blacksmiths who live in slums of Mehsana town.
AS explained by the gold jeweller, who gave the gold earrings at a discounted rate to Khimjibhai, the earrings were small, slightly bigger than a nose stud. The total cost was around Rs 13,000 and, since the old man wanted to gift these to poor girls, the jeweller gave him a discount of Rs 3,000.
Incidentally, over the last 13 years, this old man has, reportedly, spent Rs 80,000 for various causes like buying books, school uniform and paying fees of poor girls. He is, undoubtedly, a beggar in a class all by himself.