The US President elections is witnessing twists and turns. While Bernie Sanders has defeated Hillary Clinton in the New Hampshire primary, Donald Trump also scored his first victory. It was a triumph of two candidates who have seized on Americans' anger at the Washington political establishment.
This has been reported in ibnlive.com dated 10 February 2016. 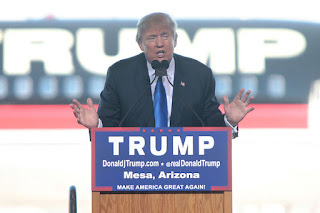 Both the results are unexpected and would have been nearly unthinkable not long ago.
Bernie Sanders is a self-described democratic socialist and he beat a former secretary of state and first lady who had, once, been seen as the all-but-certain Democratic nominee. Of course, she still remains the favorite in the national race for the Democratic nomination but, the win by the Vermont senator adds punch to the competition.
As far as Donald Trump goes - he is a real estate magnate and television personality and has never run for public office. His win was an important rebound after his loss to Texas Sen Ted Cruz in last week's Iowa caucuses, the first nominating contest.
Trump has led national polls for months and the New Hampshire victory reinforces his position as front-runner, proving he can win votes and adding credibility to his upstart populist candidacy. Other Republicans in the field are Ohio Governor John Kasich, Florida Sen Marco Rubio and former Florida Governor Jeb Bush - all of them are locked in a tight race, along with Ted Cruz, behind Donald Trump.