The eating habits of Britain have changed drastically with tea and toast out of favor just like fish and chips. This has been revealed in the latest National Food Survey, which has been running since the Second World War. The fact is that the British tradition of tea and toast is in decline - and people have also gone off their greens.
This has been reported in news.sky.com dated 18 February 2016. 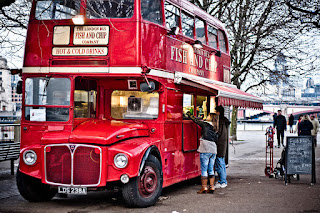 The results of the study is based on data from 150,000 households who took part in the survey between 1974 and 2000, combined with information from 2000 to 2014 - it reveals a big shift from white to brown, wholemeal and other bread. The Britons have reduced the amount of bread they eat each week - it has dropped from 25 to 15 slices since 1974. As to consumption of tea - it has dropped from 68g per person per week to just 25g.
In view of the emergence of the concept of tea bags (it usually contains loose tea weighing around 3g), the Britons now drink an average of just eight cups of tea a week today - it is down from 23 in 1974.
Similar is the status of another favorite of the British - it is the fish and chips. This also appears to be on the way out. While the amount of chips has gone up significantly, the intake of white fish and takeaway fish have both more than halved between 1974 and 2014.
Regarding veggies - people continue to eat the same amount of fresh vegetables as they were 40 years ago, but greens are off the menu. Instead, consumption of courgettes, mushrooms, aubergines, and packs of stir fry veg are on the increase. These could be attributed to changing technology coupled with an increase in freezers and microwaves. The eating habits have shifted with consumption of ready meals and convenience meats increasing six-fold since 1974.