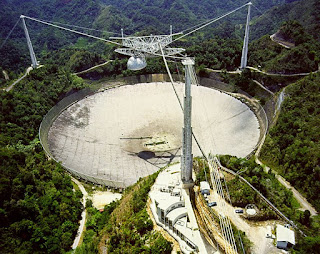 In order to complete the program, the Chinese government is forcing more than 9,000 residents to move out from their homes so that the search for alien life in the cosmos can proceed smoothly. The relocated residents will get a little more than $1,800 each for their trouble.
China had started work on FAST (the Five-hundred-meter Aperture Spherical Telescope) way back in 2011 and it is scheduled to be completed this September. Since the first 9,110 residents live within three miles of the project, they must move out to make way for FAST.
One scientist on the project has explained about the size of FAST - if it were filled with wine, all 7 billion people on Earth could each fill five bottles from it. The intention of the Chinese government is to use it to search for signs of extraterrestrial life and activities and study the origins of the universe. The size of FAST will, hopefully, make a difficult job slightly easier.