N Chandrababu Naidu wants a roof-top helipad in his secretariat

In order to do away with delays due to road travel as a result of traffic jams, AP chief minister N Chandrababu Naidu plans to get a roof-top helipad at the proposed interim secretariat complex at Velagapudi village in the upcoming capital city of Amaravati.
Once it materializes, he would be the first time that a chief minister in India will have a helipad right above his office chambers and be one of the few VIPs in the country to have a roof-top helipad at the workplace or residence.
This has been reported in timesofindia.indiatimes.com dated 19 February 2016. 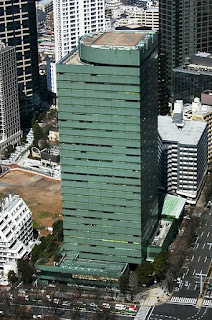 The chief minister's office located at the temporary secretariat is being planned in such a way that he can simply get out of the helicopter and walk into his chambers via a lift. Such an arrangement of a roof-top helipad will help the CM heli-hop from his office to the airport at Gannavaram, about 50 km away, without any disruption to the heavy traffic in Vijayawada city.
The new Secretariat would have six buildings in all to accommodate nearly 6500 employees. One of these blocks will be used exclusively for the chief minister's office and, on top of this building would be the helipad spread over 2000 sq ft with provisions of expanding, if required.
The helipad is estimated to cost about Rs 1 crore.