In the recent past, the issue of intolerance has taken center stage and has swept many burning issues under the carpet while concentrating on intolerance. It has seen celebrities taking sides, awards being returned and political leaders targeting a section of the people and asking them to leave the country. In this connection, Amnesty International has indicated in clear terms in its annual report that '... Authorities in India failed to "prevent many incidents of religious violence" and sometimes "contributed to tensions through polarising speeches"...'
This has been reported in ibnlive.com dated 24 February 2016. 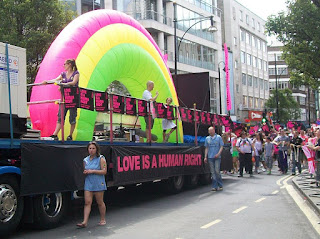 The rights body in it its report for 2015-16 has remarked that there is a worldwide assault of freedoms and many governments are "brazenly" breaking international law. They have also said that there was an "intensified crackdown on key freedoms" in India. ... "Scores of artists, writers and scientists returned national honours in protest against what they said was a climate of growing intolerance."
They have gone on to add that the authorities have clamped down on civil society organizations who were critical of official policies, and had increased restrictions on foreign funding. As a result, religious tensions have intensified ... moreover, attacks on freedom of expression by hardline Hindu groups increased.
Amnesty has also remarked that the Indian authorities had failed to prevent many incidents of religious violence, and sometimes contributed to tensions through polarizing speeches and pervasive caste-based discrimination and violence.