Walmart is in trouble - unable to compete with online giants Amazon, it has decided to close down 269 outlets in the United States and Latin America. Walmart has admitted that it was reviewing its store network as it faced stiff competition especially from online rival Amazon. The closures will affect 16,000 workers and a majority of them (nearly 10,000) are in the US, where 154 locations. These would be the small format stores called Walmart Express.
This has been reported in news.sky.com dated 15 January 2016. 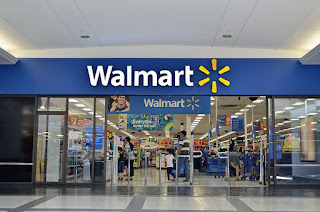 The remaining 115 sites out of the 269 are in Latin America - most of them in Brazil.
Walmart, which in the UK owns third-biggest supermarket Asda, has a total of 11,600 stores worldwide and it has indicated that it would open more than 300 stores around the world next year. As Chief executive Doug McMillon said - it is necessary to maintain a healthy business. While closing stores is never an easy decision, but it is necessary to keep the company strong and positioned for the future.
There was a time when people in the US looked upon the local Walmart as the go-to destination for certain products, mainly because of an absence of alternatives. However, the growth of online marketing has changed that perspective because of inline entities like Amazon, one has a greater choice of products before him.