#rhinohorn #poaching #southafrica Rhinos of South Africa are killed for their horns which are believed to have medicinal properties and can cure cancer and also act as an aphrodisiac. A day after a judge lifted a domestic ban on the trade in rhino horn, official figures have been released that reveal that nearly 1,200 rhinos were killed by poachers in South Africa last year. That is slightly less than figures of 2014 which was 1175 s indicated by South Africa's environmental affairs minister Edna Molewa. However, these are much higher than figures of 2008 when hardly 100 were killed.
This has been reported in news.sky.com dated 21 January 2016. 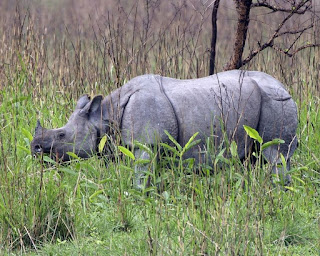 In the opinion of experts, the actual figures could be much higher because many carcasses are never recovered. The poaching is to lay hands on the horns. The demand is fueled by an Asian belief that the horns have aphrodisiac powers apart from medicinal qualities. The horn is made up mainly of keratin - like the human nail - and it is broken down to powdered form and used as a supposed cure for cancer and other diseases.
Since the Asian market is becoming more demanding with people having money to pay exorbitant prices, the trade has flourished with associated increase in level of poaching. If the sale is legalized there is a chance that the black market trade will be thwarted. The horn can be cut off legally by sawing it off from the animal under anesthetic.
South Africa is home to around 20,000 rhinos and accounts for 80% of the population worldwide.