Indonesian teenager publicly caned because she had dated a young man

A 19-year-old Indonesian woman was publicly caned for dating a man, and was whipped in front of a large cheering crowd for her 'crime'. This has taken place in the Aceh province. The teenager had apparent;y spent some time alone with a 21-year-old man. The man was also punished alongside her in Banda Aceh, the capital of the Sumatra province.
This has been reported in dailymail.co.uk dated 1 March 2016. 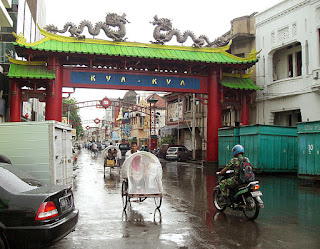 The two of them were among 18 people who were lashed in publish for breaking the province's strict implementation of Islamic Sharia law. The punishment was meted out by a hooded man and the lashings were with a rattan cane on a stage next to the mosque in Banda Aceh. Both of them had been caught spending time alone together and this is against the law for unmarried Muslim couples in the province.
Incidentally, public caning takes place quite regularly in Aceh which is the only province in the world's most populous Muslim-majority country to implement Islamic sharia law, but is less common for women.
This month, the local government had banned Valentine's Day celebrations, including giving cards or chocolates, deeming it an 'unlawful act' under Sharia law. Previously, Banda Aceh had banned women from entertainment venues after 11pm unless they are accompanied by a husband or male family member. And, in 2015, a district in Aceh enacted a bylaw requiring schools to teach boys and girls separately while another one banned women from straddling motorcycles when riding with a driver.