TESCO has succeeded in drastically reducing consumption of plastic bags in its stores - it has handed out 30million fewer plastic bags every week since the introduction of the 5p charge. It had been introduced in England last October and the results show that where there is a will, there is a way.
This has been reported in dailymail.co.uk dated 27 February 2016. 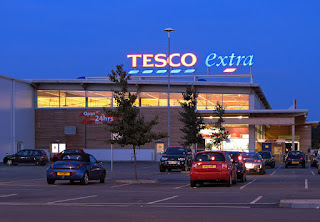 The decision to introduce the charge in England was after success and adoption of the scheme in Wales, Scotland and Northern Ireland.
The figures means a reduction of 78 per cent in the number of bags bought by customers compared to the number previously handed out free and, if such a trend is maintained, it would mean the supermarket would be issuing 1.56billion fewer plastic bags a year. Usually, such of those bags that were not left to litter the streets would finally end up being dumped in landfill.
Moreover, the initiative of TESCO has not only reduced consumption of plastic bags but has also brought in money - this would go to charity. So far, TESCO is in a position to give away £11.5million that had been raised from the charge in England, Scotland and Wales since last October.
Its Bags of Help scheme will be offering grants of £8,000, £10,000 and £12,000 to charities and groups across the UK for spending on environmental improvement projects and customers can vote for charities of their choice.