Senior citizens in Chennai will soon be able to travel free in non-airconditioned Metropolitan Transport Corporation buses 10 times every month. The scheme will come into effect on February 24, the birthday of chief minister Jayalalthaa. The scheme will be first implemented in Chennai, and depending on the response, will be extended to other cities and towns in the state.
This has been reported in timesofindia.indiatimes.com dated 19 February 2016. 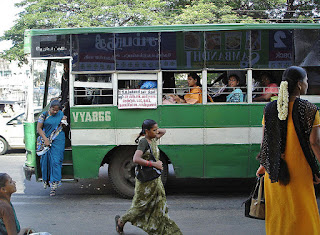 Under the scheme, those who are aged 60 and above can avail of the scheme and can get tokens and identity cards from the MTC depots and offices concerned. Each senior citizen will be eligible to get 10 tokens every month after they fill in an application with photograph.
As per the 2011 census, Chennai had 4.57 lakh people aged 60 or above and, subsequently, the population of the elderly has increased because of several areas on the outskirts being merged with the city corporation. As a result, the number of people who make use of MTC buses has also increased, with the corporation plying more buses from the heart of city to Chengalpet or beyond.