McVitie's biscuit company had to suspend production lines of its wide range of biscuits three months back because of flooding. Lovers of its brand of biscuits will soon see the products back on the shelves of Supermarket giants Tesco, Sainsbury's, Morrisions and Asda. They are expecting deliveries to commence in the coming weeks, probably from around March 11-12.
This has been reported in dailymail.co.uk dated 27 February 2016. 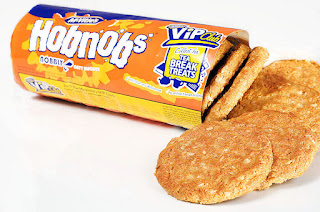 As per indications, ginger nuts will be the first of the main biscuit lines out in the supermarkets after four of the factory's eight ovens were fired up. An astounding seven million ginger nuts are produced a day just to meet demand. The closure of the Carlisle factory, owned by United Biscuits, had also halted the production runs of Carr's water biscuits.
The plant supplies biscuits to not just the UK but also around the world - being the second biggest biscuit factory in Europe. And, there was no way to transfer production to another factory because the biscuits needs the city's spring water and its site's brick ovens in order to get the right flavor.