Odisha offers windsurfing, snorkeling and other water sports on the Mahanadi River

#watersports #mahanadiriver #odisha #snorkeling Odisha is offering windsurfing, snorkeling, canoeing, kayaking, scuba diving and other water sports on the Mahanadi River by a renowned scuba diving expert who has set up his training center near the Odisha State Maritime Museum. Already, around 150 water sports enthusiasts, most of them college students and women, have indicated their willingness to join up already put in their names.
This has been reported in telegraphindia.com dated 19 January 2016. 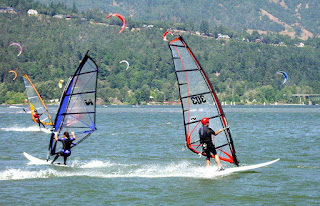 In the opinion of Sabir Bux, the Mahanadi River was quite favorable for water sports because it has good range of aquatic life which makes underwater diving interesting. Moreover, wind flow pattern is also ideal for surfing, while the depth of the water is perfect for kayaking.
There are around 25 professional divers who are involved in training people in water sports and, even though Bux is offering the training free for the time being, there will be a charge levied in future. He used to work as a sales executive in Jeddah and got trained in a number of aspects and holds a certificate in underwater photography and videography. The government of Odisha have granted him an amount of Rs 10 lakhs to buy equipment.
Recently, while diving, Bux came across three sunken vessels lying at a depth of around 20ft in the river. He believes that there could be some more that may come up after exploring under the Mahanadi. He also has plans to train and send young boys from the local fishermen's communities to the National Institute of Water Sports in Goa to learn different life-saving techniques.