President Gurbanguly Berdymukhamedov of Turkmenistan, a former dentist, is obsessed with healthy living and, last week, he complained about the wide availability of cigarettes. The result - thousands of cigarettes have been publicly burned in Turkmenistan. It is the start of a campaign to stamp out smoking from the country.
This has been reported in dailymail.co.uk dated 17 January 2016. 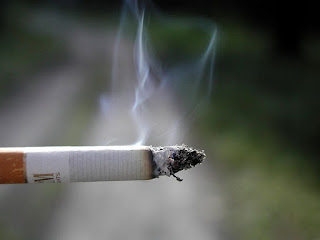 The cigarettes were shoveled into a stove and went up in smoke in the capital, Ashgabat. The cigarettes were seized after being illegally smuggled into Turkmenistan, where smoking is legal, but strongly discouraged. The ban on cigarette sales has not been officially announced or published by the government.
Incidentally, Berdymukhamedov had taken over the helm of the Caspian nation in 2006 and, Turkmenistan is now the country with the lowest percentage of smokers in the world, as per World Health Organization. Only eight per cent of the population smokes, as indicated by WHO chief Margaret Chan.
In contrast, the country's previous president Saparmurat Niyazov was a chain smoker who quit in 2000 after heart surgery and subsequently signed an anti-smoking decree. Subsequently, stricter measures have been introduced including a hike in excise taxes for tobacco in 2011 and a ban on smoking in public places in 2013. Due to such measures, cigarettes in Turkmenistan are more expensive than in any other country in the ex-Soviet region.