It was a real scary situation when lions in Bannerghatta Biological Park came close to a slow moving SUV - and, one of the beasts tried to climb on top of one of the vehicles in the park. In September 2016 also a similar incident had happened when lions were seen approaching a SUV in the safari park.
These incidents have prompted the zoo authorities to transfer the driver out of the safari for “provoking” the animals to get “thrills”.
This has been reported in thehindu.com dated 2 February 2017. 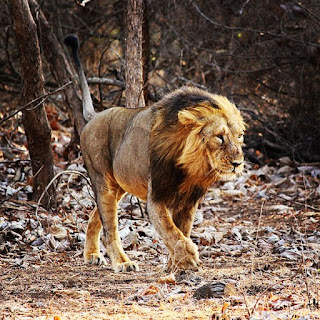 As informed by the authorities, the driver had repeatedly driven close to the animals and stopped besides them for prolonged periods. This is against the rules but he did it at the behest of guests. He would try to get the lions closer to the vehicle.
As a result of this incident, zoo authorities have removed six smaller vehicles, including the two SUVs and four jeeps, out of circulation so that adequate grills could be fixed. The safari will, therefore, function with 25 buses till the oother vehicles are made safe.


Didi to UP on a selling mission (satire)

In the wonderland of deo sprays, fairness creams, and condoms