Over one million ancient olive trees are being wiped out by a deadly disease in southern Italy and it is resulting in a 20 per cent rise in the cost of olive oil across the EU. The groves – which counts trees over 1000 years old among their number - were first infected in 2013 by xylella fastidiosa. This is a deadly bacterial pathogen that has no known cure.
This has been reported in dailymail.co.uk dated 16 February 2016. 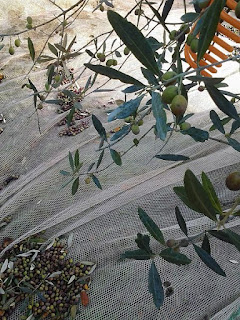 In order to counter the outbreak, the Italian government had, last year, granted approval for the felling of 3,000 trees in Salento, a southern region in the country's heel to create a sanitary buffer zone between affected and non-affected areas.
However, for the desperate tree growers, it was a double disaster because experts also did not now the real cause of xylella or whether it was indeed the sole cause of the dying trees - the tree growers won a legal battle to halt the cull. Some of the trees are over one thousand years old and have resisted fires and wars but have now fallen prey to xylella - this does not harm humans but can kill over 200 types of plant, including fruit trees and grape vines. It is, in short, an environmental disaster.
However, the Italian authorities have revised their decision and hundreds of trees are back on the chopping board. Xylella is an insect-born disease and is continuing to spread.