In order to boost tourism in the state, the Telangana State Tourism Development Corporation (TSTDC) has drawn up plans to convert ancient water tanks into major tourist destinations and have identified as many as 100 such water tanks, which are either out of use or semi-functional.
This has been reported in timesofindia.indiatimes.com dated 29 February 2016. 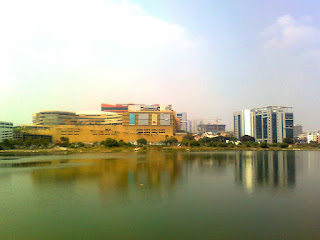 Work has already been taken up at the Komati Cheruvu in Siddipet, Medak district with de-silting, planting of water-retaining plants and beautification. The water body will soon have an amusement park, a restaurant and a guest house, among other tourism amenities.
Similar work has been initiated at Pedda Cheruvu in Mahbubnagar district.
Adventure sports lovers can also hope to go for rappelling and trekking on the scenic hills and hillocks near these identified lakes which can serve as a very good training ground for trekking and rappelling. Many of the hillocks near to tanks have unique angles that are helpful in trekking.
AS indicated by officials, the work at the 100 identified water tanks is expected to be competed in 16 months.