Xinjiang in the western region of China is violence prone and, in order to fight terrorism, China has plans to make use of various forms of entertainment to educate the people and try to rein in the elements who carry out such activities. The broad plan is to hold ultural activities involving singing and dancing with the purpose of spreading its law-enforcement messages.
This has been reported in zeenews.india.com dated 25 February 2016. 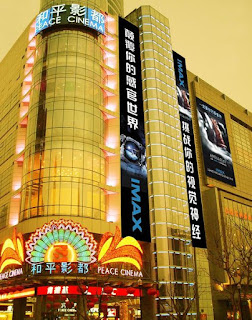 Xinjiang is a resource rich area and, hundreds of people have been killed over the past few years in the strategically located areas on the borders of central Asia - the reason is violence between the Muslim Uighur people who call the region their home and the ethnic majority Han Chinese. The government denies any repression in the region.
AS per the plans, the government would start a new round of public education activities in order to spread knowledge about China`s new counter-terrorism law that has been passed last year. This would help to improve peace in the the region and bring stability. Law enforcers and lawyers would hold public talks and there will also be cultural propaganda activities to delight the masses, and let them be educated through entertainment.
While details are not disclosed, such events usually involve song and dance routines and comedic skits.