Indian Railways have come up with the Goa Carnival Package. It will be by the Indian Railway Catering and Tourism Corporation Ltd. (IRCTC) in association with Goa Tourism Development Corporation. Thee would be a special carnival charter coach that will go to Goa during the annual Carnival. It would be in association with a GTDC tour package that has been specially designed for its passengers between February 6- 9, 2016.
This has been reported in timesofindia.indiatimes.com dated 14 January 2016. 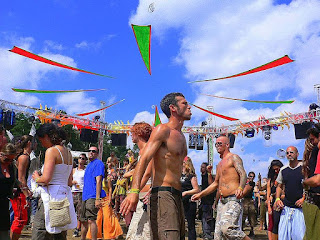 The Carnival is from February 6 until February 10 and passengers who avail this package will get an opportunity to enjoy the four-day event which also includes watching the Carnival float parade in the capital city - Panjim on Saturday, February 6.
The package is of a total duration of five nights and six days out of which, the duration of stay in Goa will be three nights and four days. This includes accommodation and sightseeing. The special charter coach will leave Mumbai on February 5. The three-tier AC sleeper coach can accommodate around 70 passengers and will arrive at the Margao Station on February 6 at 7am.
The packages has two categories - Standard Comfort and Deluxe. The prices are between Rs 7,695 and 17,395 per person. The tour of Goa would be to places of touristic importance in North and South Goa apart from visit to beaches, temples, churches, historical sites. Bookings are on-line only.