It is now time for the results of the 2016 Assembly elections to be declared and, given the existing chaos in the political arena, no one is confident of winning. All the leaders are putting up a brave front but lack the confidence of the past. And - the sweet shop owners are a worried lot because there are no bulk orders for sweets to celebrate the win.
This has bee been reported in telegraphindia.com dated 18 May 2016. 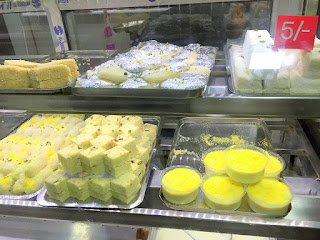 As revealed in Exit Polls that have been generated by different agencies the Assembly Elections 2016 is a close call - there is a wide variation in the projections and those who have contested will have to wait for the declaration of results before going in for celebrations.
There was a time when there would be bulk order for over 4,000 rasogollas to be delivered in mud-pots. But, this time around the future is hazy and uncertain. Who knows whether the sweet shop owners have some secret up their sleeves so as to be ready with the choicest of sweets. Probably a sweet with a green band on its periferi with red center. It could serve the needs of both the groups.

Cruise ship Harmony of the Seas can accommodate more than 8,000 passengers and crew

Bust the obesity timebomb with grapes and oranges

Kavita Kaushik to play the role of an Army doctor in TV show “Dr. Bhanumati on Duty”

No buyers for Zimmerman's gun that killed Trayvon Martin in 2012