In order to check the impact of the Swachh Bharat campaign, a list of 73 cities was drawn up and checked to see the latest rankings. Mysuru in Karnataka has topped the list of 10 cleanest cities as per the Swachh Survekshan-2016 while Chandigarh is ranked second and Tiruchirapalli in Tamil Nadu third. This has been reported in ibnlive.com dated 15 February 2016. 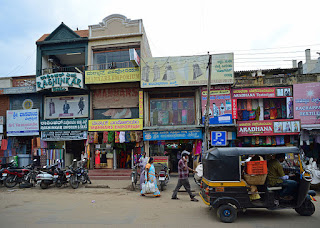 Other cities are - 4th spot New Delhi Municipal Council NCT of Delhi, 5th spot is Visakhapatnam in Andhra Pradesh, 6th spot is Surat in Gujarat, 7th spot is Rajkot in Gujarat, 8th spot is Gangtok in Sikkim, 9yh spot is Pimpri Chindwad in the state of Maharashtra and 10th spot is Navi Mumbai.
There was a total of 73 cities in the survey.
The purpose of this Swachh Survekshan-2016 is primarily intended to assess the impact of the efforts under Swachh Bharat Mission that had been launched after the Survey of 2014. These 73 cities were ranked based on strategic efforts for infrastructure creation relating to toilets, solid waste management, present level of service delivery and behavior change communication.
Incidentally, the bottom of the list contains cities like Kalyan Dombivili in Maharashtra, Varanasi in UP, Jamshedpur in Jharkhand, Ghaziabad in UP, Raipur in Chhattisgarh, Meerut in UP, Patna in Bihar, Itanagar in Arunachal Pradesh, Asansol in West Bengal and Dhanbad in Jharkhand