This year, Bihar has bid adieu to winter and residents are already feeling the heat of summer and feel threatened with prospects of a scorching summer. As per the Met department, winter is said to have departed from Bihar when the minimum temperature remains above 13°C for over four consecutive days at this time of the year. And, that is what has happened.
India Meteorological Department-Patna (IMD-Patna) data shows that night temperatures have shot up by four to five degrees above normal over the past few days and a grueling summer is on the cards. It is predicted that the average temperature could be higher than normal by a few notches, especially in March and April, as a result of the El Niño effect.
This has been reported in telegraphindia.com dated 20 February 2016. 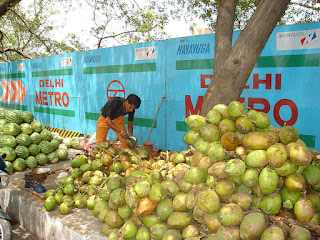 Without doubt, summer might set in early this year because summer is said to have set in when the maximum temperature is 37°C or above in Bihar - this condition could be met around the third week of March but, people are already feeling the heat.
Bihar had experienced one of the warmest winters in the past 50 years, without a single cold-wave spell. The season had arrived late and, the minimum temperature had remained at 13 degrees Celsius or below only in the third week of December. Meteorologists attribute this trend to higher sea surface temperature in the Pacific Ocean, known as the El Niño.